The PBA-1 is an all analog, studiograde, low noise bass pre-amp. It features straight forward but smart functionality and above all, a full range, fat tone that can be dailed-in with great precision.

With Malcolm Toft’s background in mind, the BPA-1 was most likely designed as a console channel strip, but to make it a practical device for musicians, this pre-amp was fitted in a relative compact footcontroller. Build as a tank! 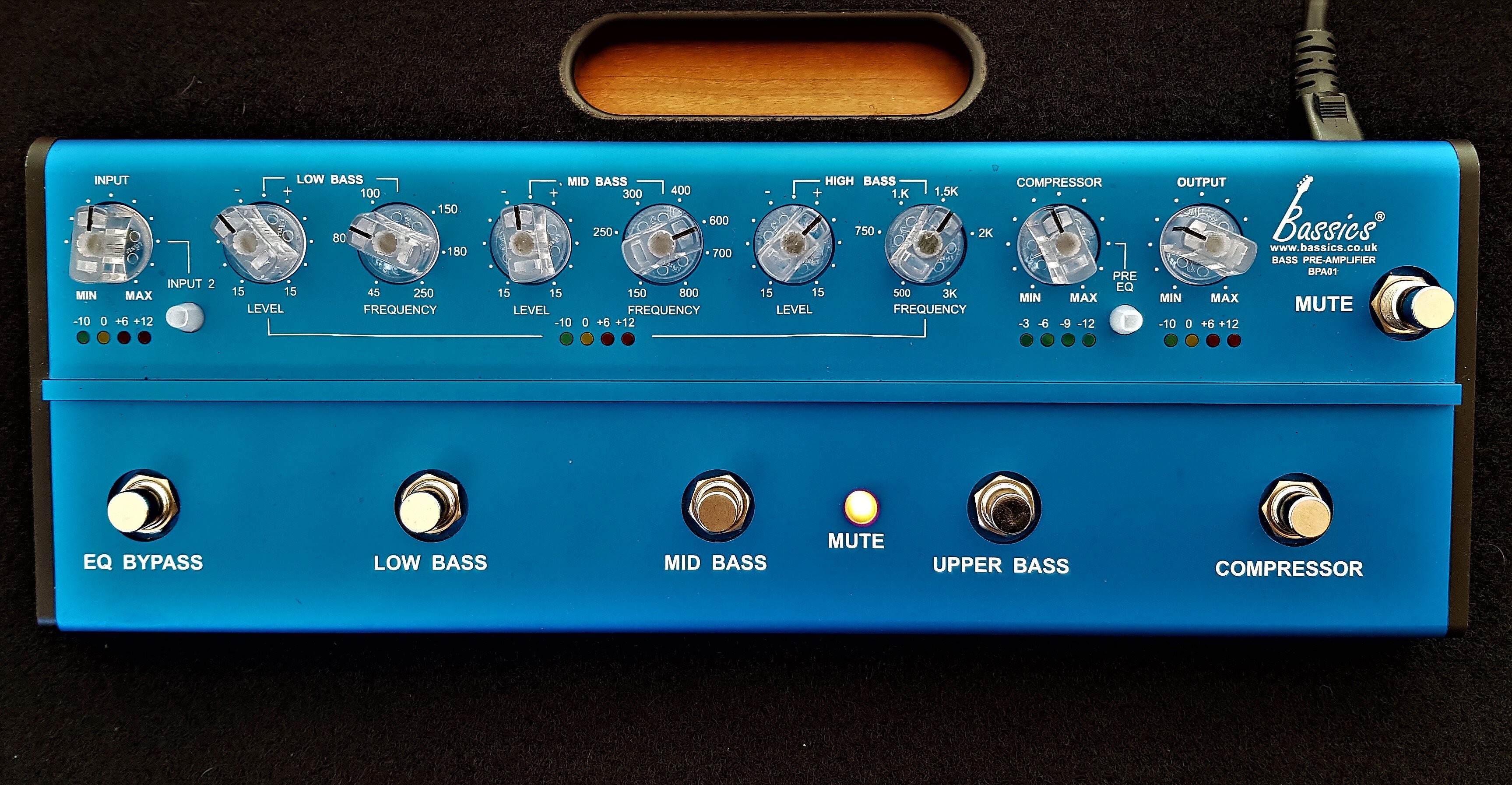 The unit has dual inputs so that two basses can be connected at the same time and either is selected by an illuminated switch.  The first input has an impedance switch on the back of the unit so that a very high impedance pickup such as a piezzo can be connected.  Particularly useful if an upright bass is used.  The second input has it’s own level control also on the back of the unit so that it’s level can be set independently of the first input which has it’s level control on the front.

A unique feature of the BPA-1 is that all front panel rotary controls are illuminated when in use which is particularly useful on a dark stage.  If a section is bypassed, they do not illuminate. The first stage of studio quality, very low noise pickup amplification has it’s own metering as well as a balanced D.I. output and the metering allows the player to provide the right output level.  An effects loop is provided at this point and the send jack can be used as a constant tuner output.

There then follows three bands of tuneable sweep eq. with frequencies chosen specifically for bass.  Boost and cut of 15db is provided in each range with a centre detented ‘off’ position.  A unique feature is that each section can be individually bypassed with it’s own footswitch and an overall eq bypass is also provided by another footswitch. Metering is again provided for the eq. section.

The next section is a high quality single knob compressor which adjusts the compression ratio.  Attack and release times have been chosen for optimum performance with bass.  This control works in conjunction with the input level control which provides the ‘drive’. A meter shows the amount of compression being used and there is a bypass footswitch. A nice feature is that ‘makeup’ gain is automatically introduced as more compression is added to compensate for level loss that normally occurs when large amounts of compression are used.

Finally, an overall output level control is provided with a meter that shows the final output and at this stage a balanced D.I. is also provided along with an overall mute footswitch and large led that shows the unit is bypassed. When this is operated, all of the rotary control illumination is extinguished.

Proudly made un the UK, the BPA-1 is built into an extremely robust cast aluminium case with it’s own internal power supply that will work anywhere in the world.