The Subsequent 37® from Moog is a (2-note) paraphonic analog synthesizer that builds upon the award-winning design of the ultra-powerful Sub 37 Tribute Edition. Its control panel is home to 40 knobs and 74 switches, placing a vast array of analog sound-design tools and onboard sequencing options immediately at your command.

Link to the Manual: https://api.moogmusic.com/sites/default/files/2017-09/Subsequent_37_Manual_0.pdf 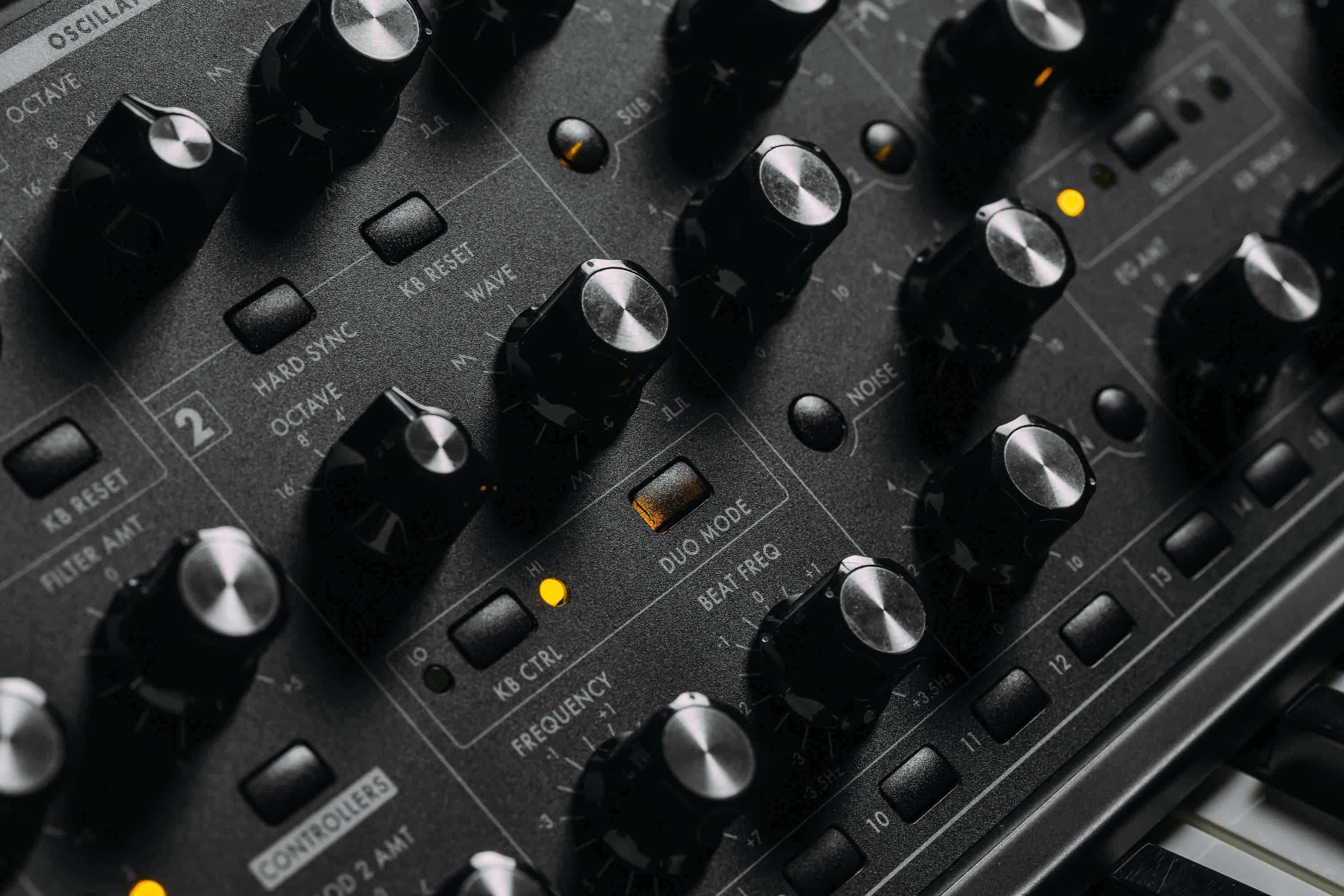 The SUBSEQUENT 37 mixer section has double the headroom of that in the Sub 37 Tribute Edition. This provides access to a new range of classic clean tones in both mono and duo performance modes. Leveraging the mixer’s newfound flexibility, gain-staging in the Ladder filter has been reshaped to boost harmonic saturation and analog compression, resulting in an overall richer low end. Completing the sonic evolution of the SUBSEQUENT 37 is a re-tuned Multidrive circuit that extends well beyond the grit and growl of the original Sub 37.

Create new sounds with a wider range of classic clean tones in both mono and duo performance modes. 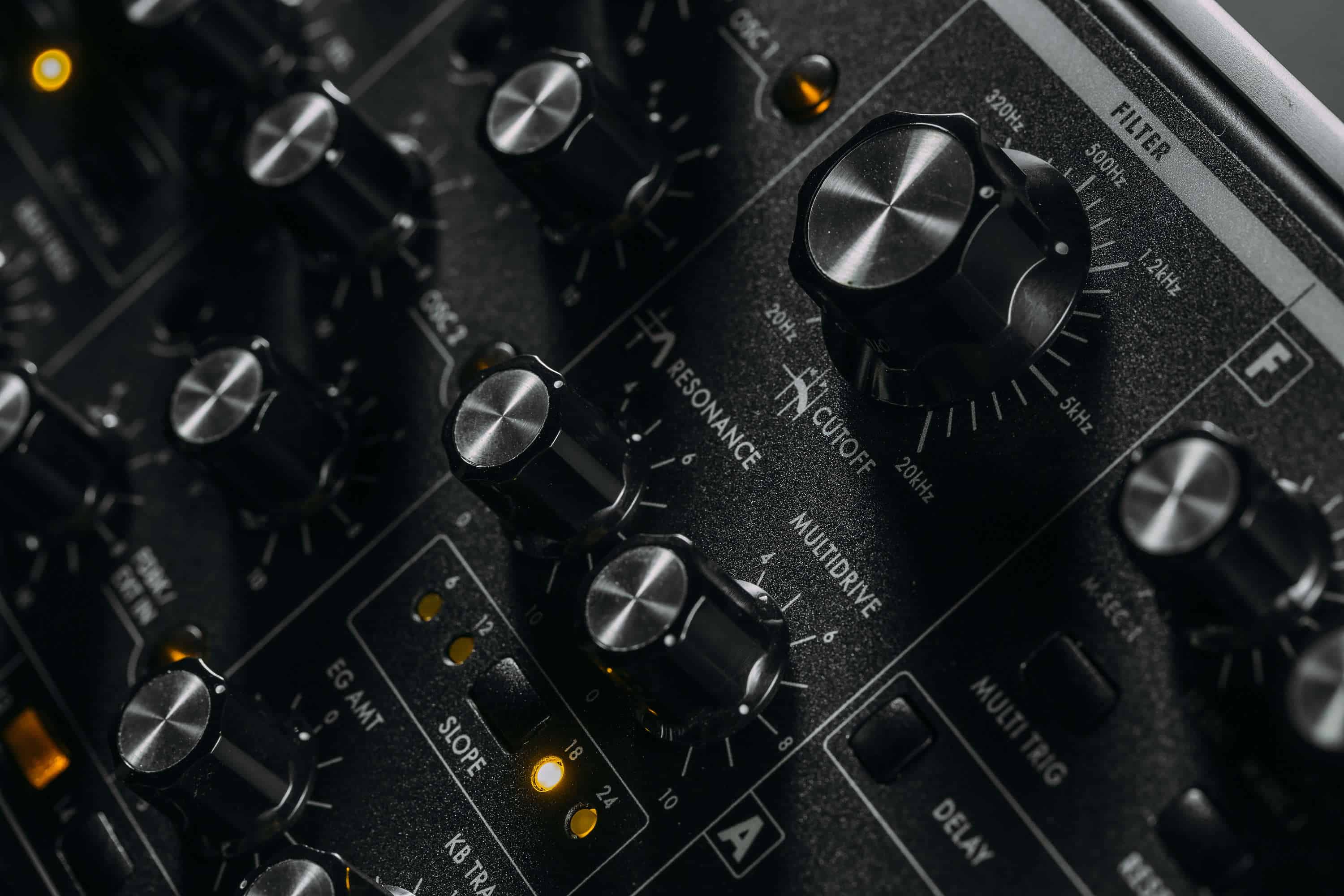 In addition to the sound engine augmentation, each SUBSEQUENT 37 comes with an upgraded keybed for improved playability, a high-powered headphone amplifier strong enough to drive the most demanding headphones, and a software plugin/editor for both Windows and Mac platforms.

Moog’s transformative Multidrive circuit now extends well beyond the grit and growl of the original Sub 37. 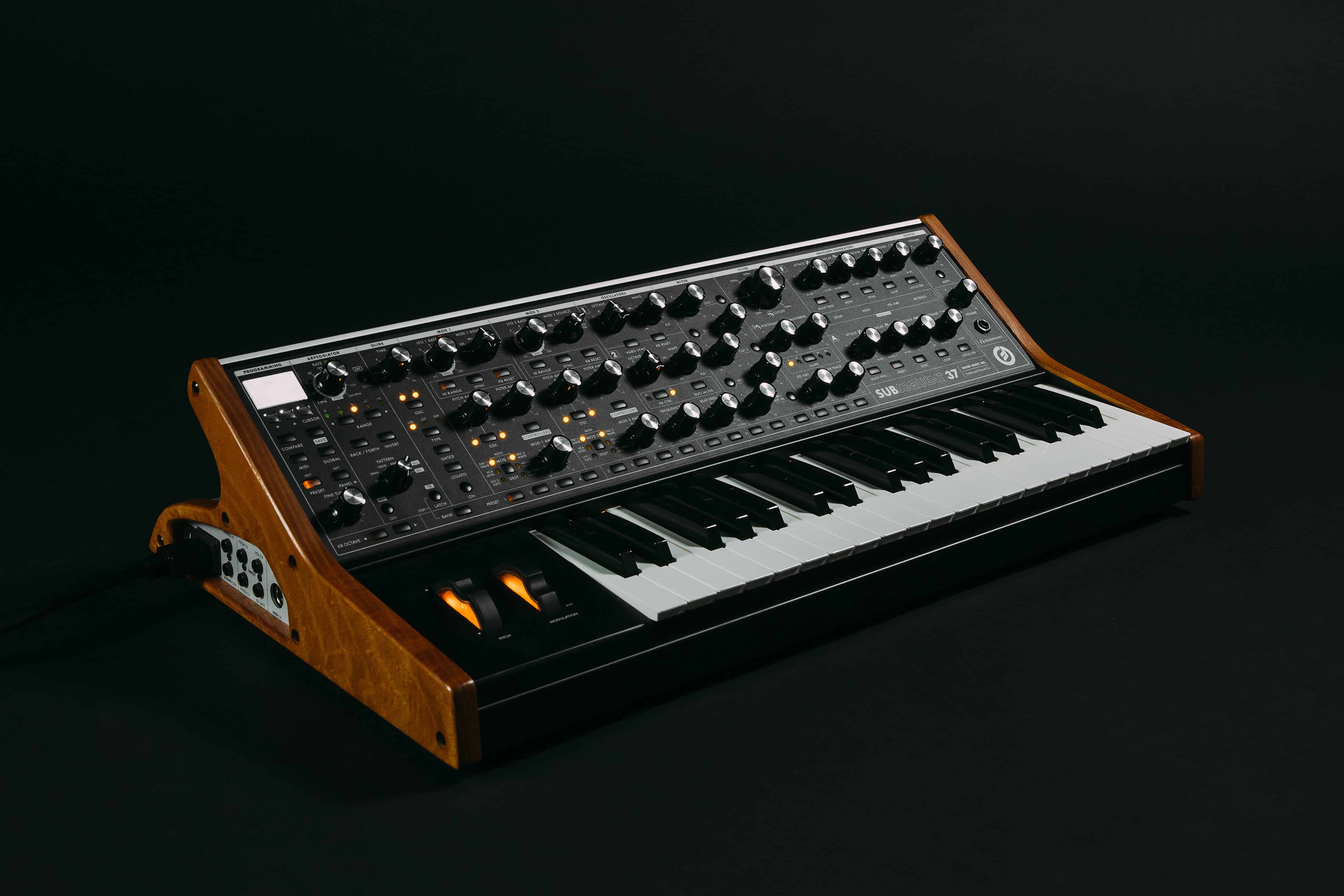 Instead of producing sounds acoustically the way vibrating objects do, synthesizers generate electrical signals that are amplified and converted to sound. Just as sound has frequency and amplitude, so does the kind of alternating current produced by a synthesizer. An analog synthesizer’s primary sound source is called an oscillator.

The oscillator’s waveform, of course, determines the sound’s harmonic content. Some waveforms
are rich in harmonics, while others have relatively few. Depending on the waveform, some overtones may be absent altogether. Waveforms with lots of overtones, such as sawtooth and square waves, are harmonically the most complex. Waveforms with fewer overtones, such as triangle and narrow pulse waves, are harmonically less complex.

Rather than building up waveforms one harmonic at a time, the way a Hammond organ does, analog synthesizers like the Subsequent 37 provide the means to shape and filter complex, harmonically rich waveforms to selectively remove, reduce, or emphasize specific harmonics—a technique called subtractive synthesis.

The oscillators, filter, modulators, and other parts are connected in the most useful ways for producing and modifying electronic signals that result in sounds. Unlike on a modular synthesizer, many connections between the Subsequent 37’s various parts are hardwired, meaning that it is not possible to change the routing of the pathways that connect them.

The electrical signals within a synthesizer are either audio signals or control signals, depending on the pathway they follow. Typically, an audio signal begins with an oscillator and passes through the filter on its way to the audio output. Control signals are used to change things, like the pitch, timbre, waveshape, or loudness of an audio signal.

Any time a signal controls something, no matter whether it’s controlling an audio signal or another control signal, we say that it modulates it. In synth-speak, you could say that a steering wheel modulates a car’s direction and the accelerator pedal modulates its speed. When you play the Subsequent 37’s keyboard, the key you press modulates the instrument’s pitch. You can modulate filter cutoff by turning a knob manually, or you can apply a control signal from a low-frequency oscillator or envelope to modulate it electronically. It’s worth noting that a control destination can be modulated by more than one control source.