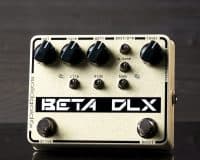 All too often, bassists are relegated to the crumbs, either due to time constraints or recording practicality. How many times have you had to record direct or run your signal straight to the PA? This often leaves your tone naked and devoid of character. Enter: the Beta DLX.

What if you had an all-in-one tonal powerhouse that could keep your tone snappy and crisp, with a boatload of options to keep your signal buoyant? The Beta DLX is such a device. By pairing it with your bass, you create a highly sophisticated tonal symbiote and your audience and bandmates will thank you.

The makeup of the Beta DLX is a super-customizable drive circuit that’s paired with a juicy boost. Let’s start with the drive circuit.

Volume, Tone and Gain controls come standard, and each one has an unreal range of flavors, but the five-pack of toggle switches are where the magic happens. The Beta DLX offers up fine-tuning for both channels, but Body, Mids and Clip are within the drive side’s domain. Body adjusts the bass frequencies, while Mids does the same with the midrange frequencies. Clip changes the clipping threshold of the drive side. A bonus trimpot inside lets you adjust the overall gain for this side—truly putting the DLX in Beta DLX.

The Boost section of the Beta DLX gives you a powerful JFET-equipped boost. Yes, you can use it just by itself—a miracle! On this side, the B. Tone control alters the bass frequencies of the boost, while Pre/Post determines whether or not the boost side comes before or after the drive side—use the Pre side to push the drive side into sweet saturation, or use the Post side to kick your drive tone up a notch.

If you’ve ever found your bass tone lacking due to the multitude of hurdles you’re forced to jump, the Beta DLX is your ace in the hole.

Volume
Gives you a tasteful amount of volume on tap, enough to work with all kinds of setups.
Tone
Adjusts the bass and treble content of the drive side.
Gain
Adjusts both the amount of overdrive and the amount of treble. As you roll the Gain up, more high end enters the signal path, allowing for clarity within the saturation.
Level
Governs the amount of boost engaged when in Boost mode. Be careful with this one!
Post/Pre (Switch)
This switch controls the order of both channels when they are used simultaneously. Toggling this switch puts the Boost before the Drive or vice-versa for two different stacked tones.
Tone (Switch)
This three-position toggle controls the level of the bass frequencies pushed by the Boost channel. When set to the left, the bass is the stock value. In the center, you’ll find a bass cut, and the right position is a bass boost.
Body (Switch)
Controls the level of the bass frequencies in the Drive channel. The corresponding switch positions are the same as the B. Tone switch above.
Mids (Switch)
Adjusts the amount of mids present in the Drive channel. The left position is flat, center position s boosted, and the right position is scooped.
Clip (Switch)
This three-position switch controls which type of clipping diodes are present in the drive channel. The left position selects a silicon-germanium hybrid for a bit more compression and crunch, the right position selects silicon parts for a bit more dynamics and sizzle, and the center position removes them altogether for a raw, throaty tone.

Power
The Beta DLX requires a center-negative 9VDC power adapter with at least 30mA of current (not included). Almost all power supplies meet this requirement, but check yours beforehand. 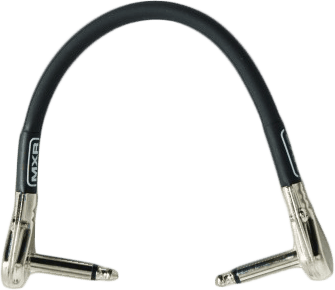 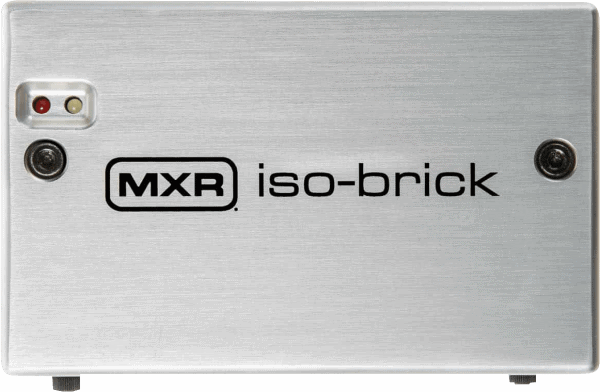 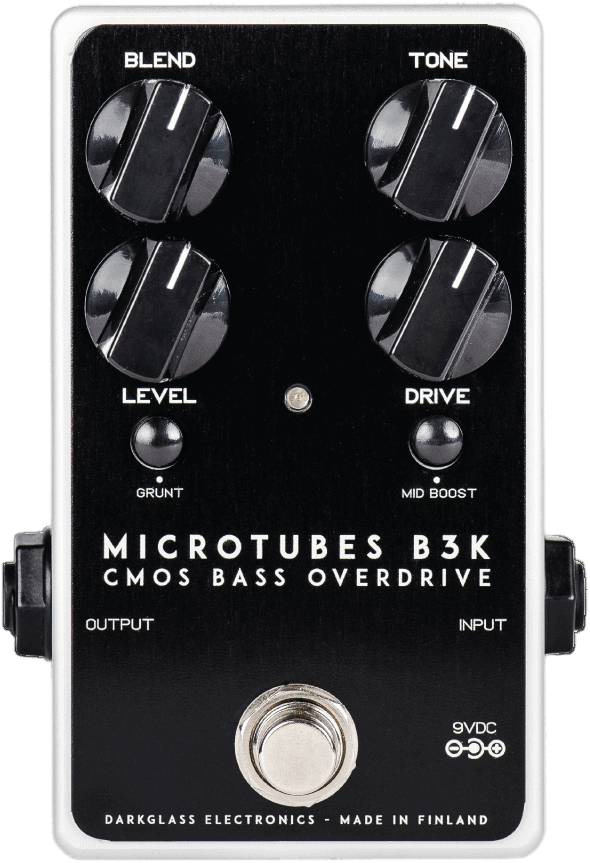 $ 184.24excl. VAT
Add to cart
You are offline
Reload page when online