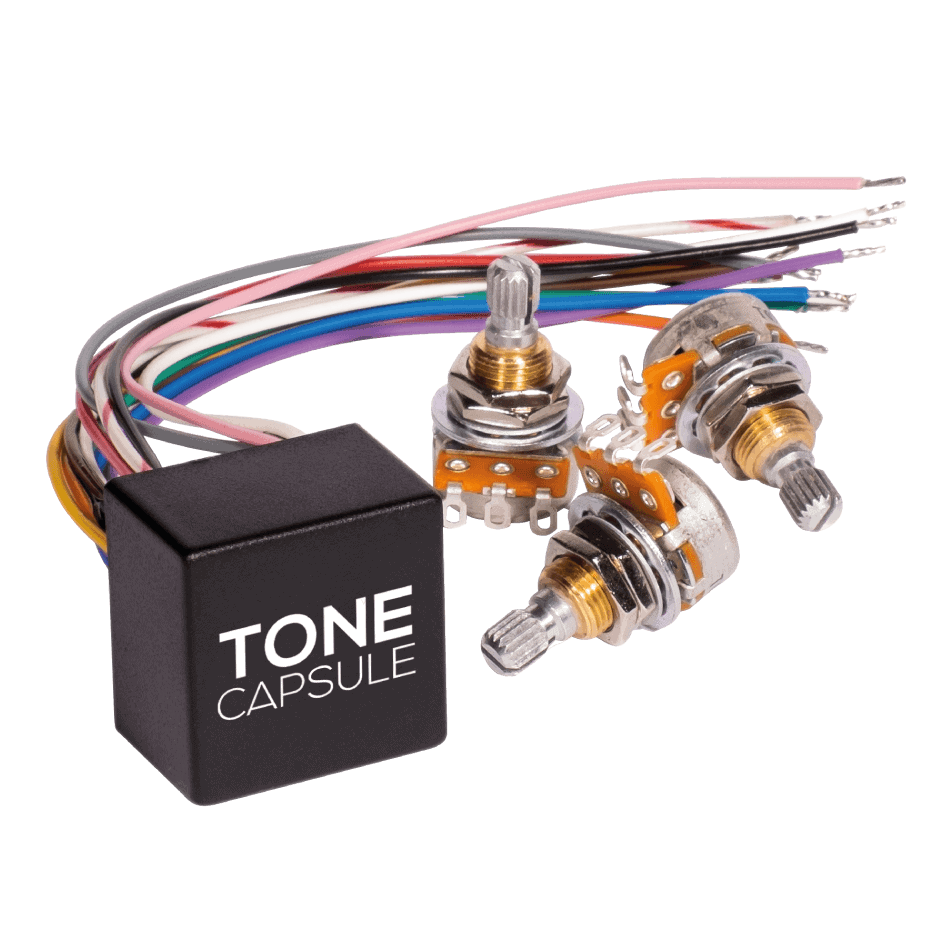 The Darkglass Tone Capsule is a new, unusual take on onboard preamplifiers. It’s designed to respect your instrument’s natural character while expanding exponentially the tonal possibilities. The Tone Capsule is unique in the way that it doesn’t have a Treble control. The idea was Sheldon Dingwall’s: he thought that making a Bass-Mid-Treble was too normal for his liking because everyone does it that way, so he suggested including a second mid control instead. We loved the idea! Specially because the second control could be configured to operate at the higher end of the spectrum, offering all the benefits a standard Treble control (increased clarity and definition when boosting) but with a more natural, less-harsh and noiseless operation. Take the pill and discover a whole new universe of sonic possibilities.

Power
The Tone Capsule can function with either one or two batteries in series for 9V or 18V operation respectively (battery clips not included).