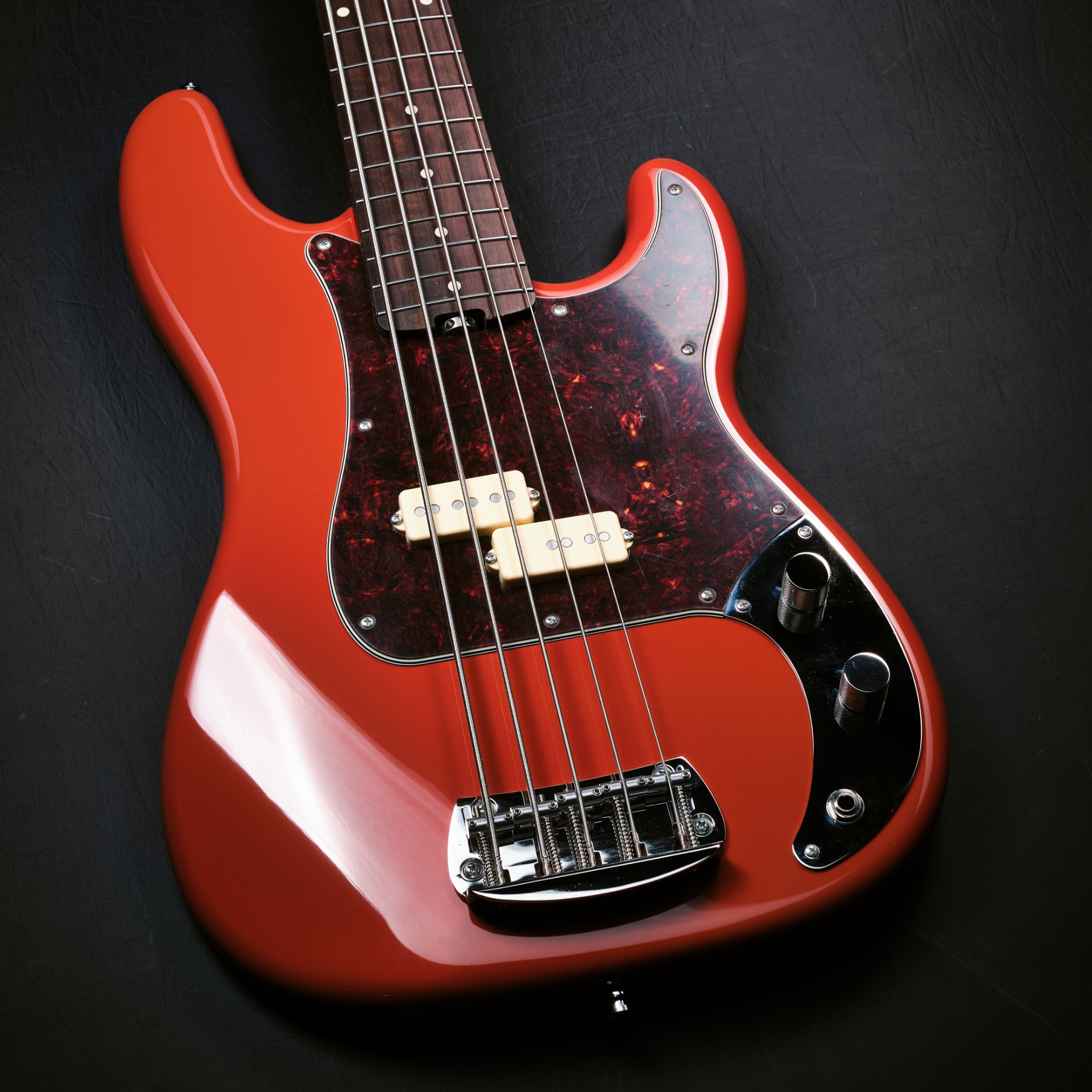 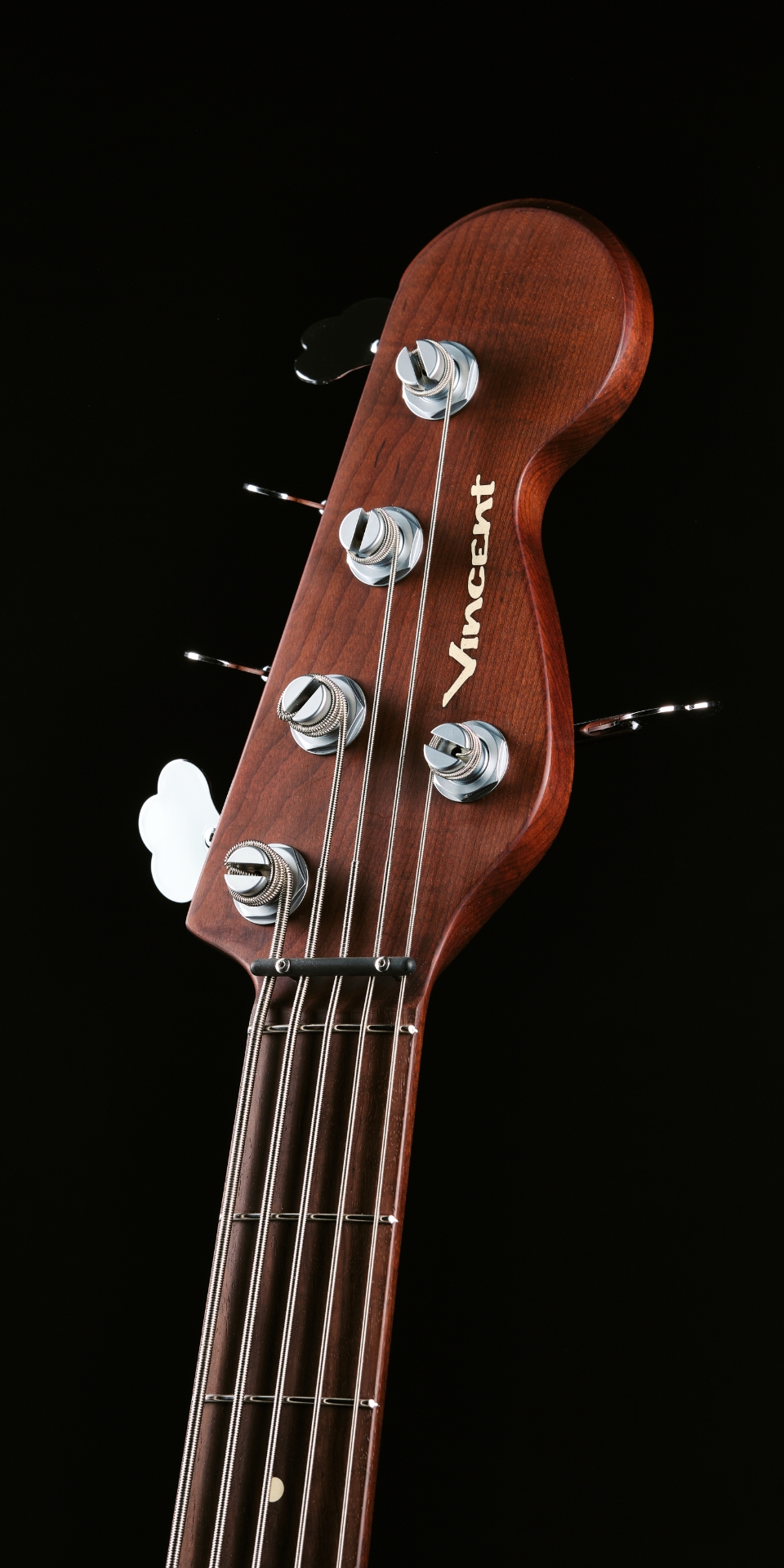 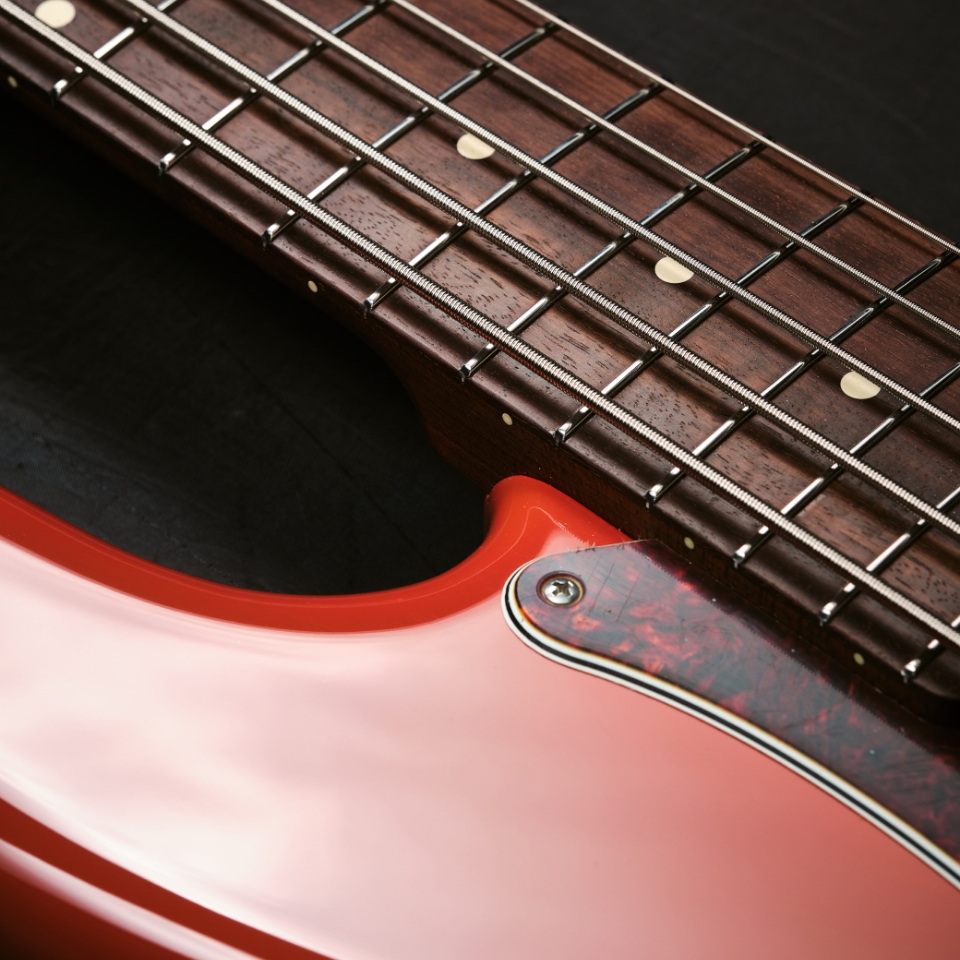 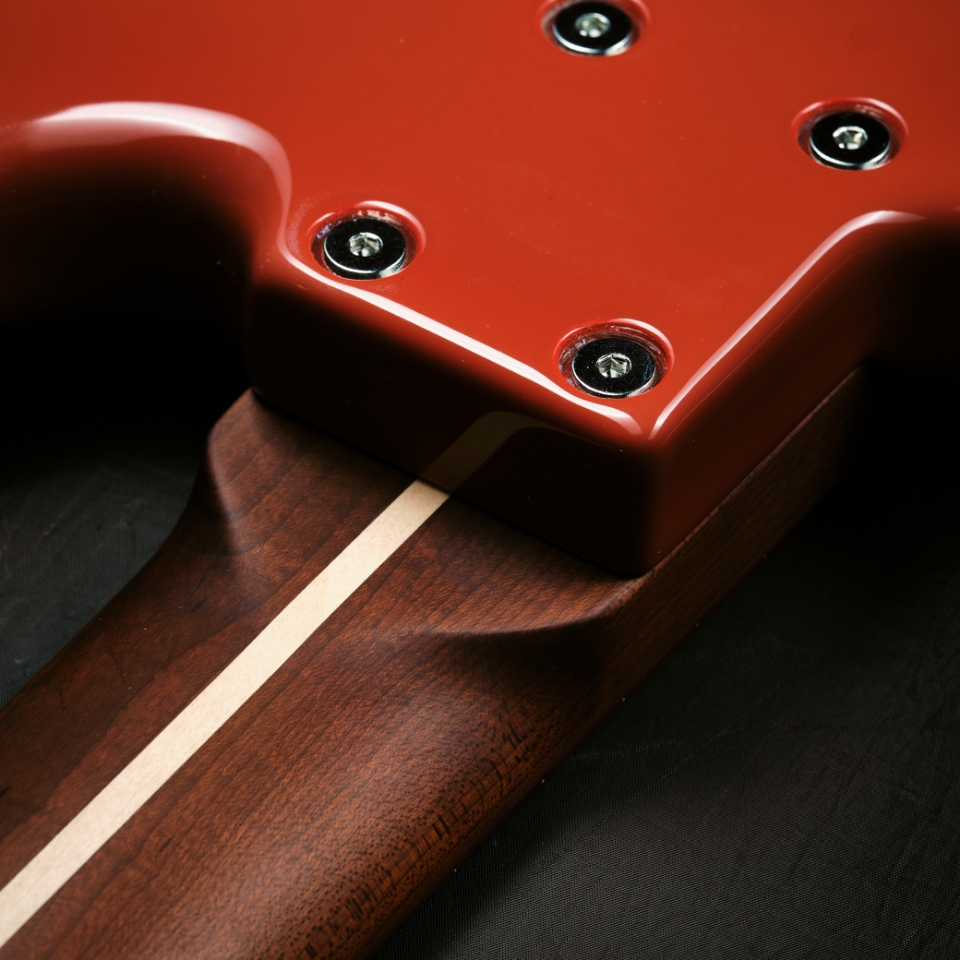 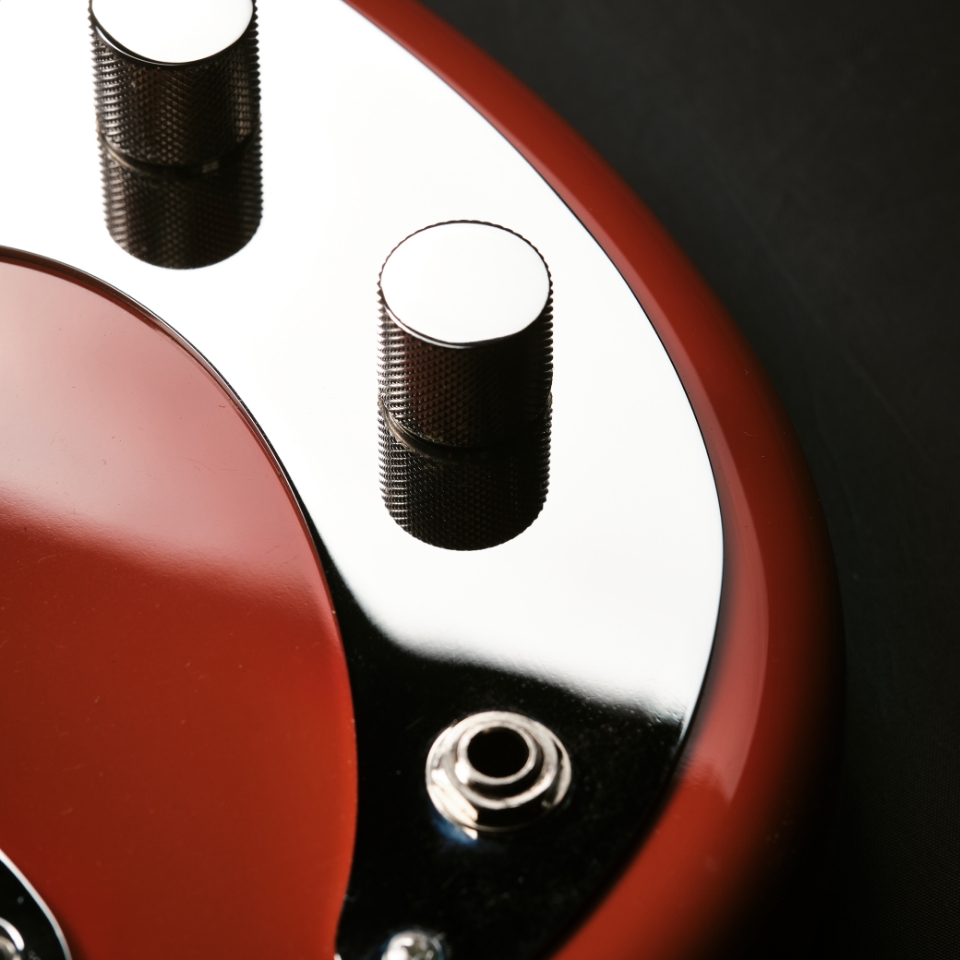 in Fangorn color has the ‘what you see is what you get’ vibe to it. The first thing that comes to mind is the quality of the craftsmanship: It’s just solid German work, but isn’t there something more under the hood?

Johannes Pöhlmann has been making basses and experimented a lot over the year and has developed the ‘True Tone’ concept.

The Akkurate P5 is honeycombed chambered. It weighs 3.6kg and most be considered a really lightweight bass, and even though it’s lightweight and chambered, it doesn’t sound boxy or thin. It got a lot of core tone and a very fast response. It has a lot possibilities to mold the sound you want.

The neck is made of a one piece dark roasted maple with Vincent’s own dual truss-rod rear mounted with a skunk stripe.

The fretboard is made out of Katalox that is a hard Mexican wood which has some of the same vibe as ebony just a little warmer its actually a mix between ebony and rosewood in a way. Precise, fast yet warm.

The nut width is relatively wide 49 mm and would for some seems too wide but the neck profile is flat meaning you’ll be closer to the strings and the 49mm dosen’t feel at all wide.

The zero fret with Vincent Bass Guitar own carbon designed string retainer insures that the sound of the open string sound as close to the same as the same note played on the fretboard.

The split coil pickups are made by Häussel in Germany which in my opinion is perfect match the power and clarity of the Häussel pickups are amazing and that boost the performance of the Akkurate in a very honest representation of the acoustics of the bass.